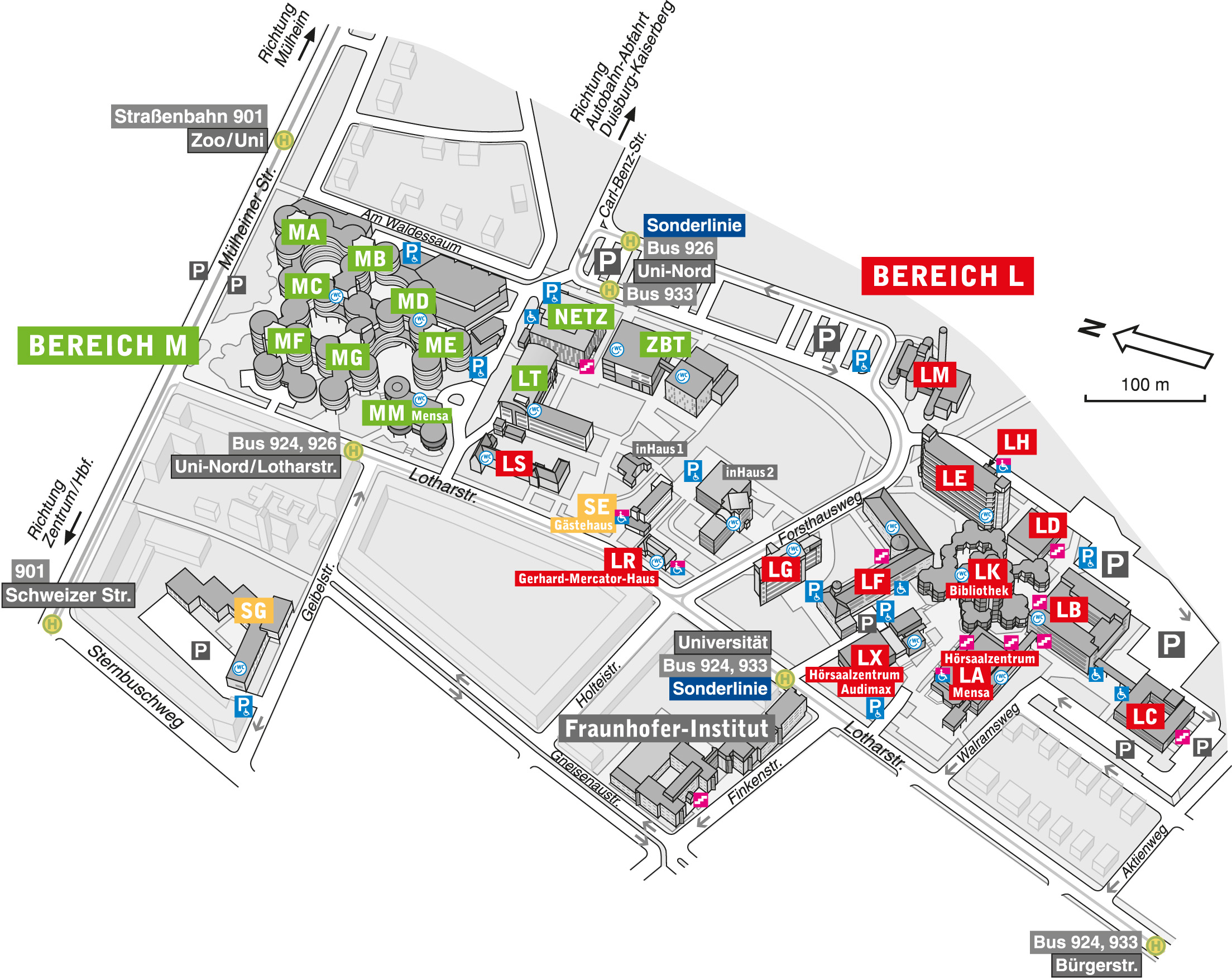 How to get there

Duisburg can be conveniently reached through several international airports. Düsseldorf International Airport (DUS) is the most convenient and fastest option. There are frequent train connections (regional trains, S-Bahn, IC or ICE trains with special fare) directly from Düsseldorf Airport which take between 7 and 20 minutes depending on train.

Further options are Cologne Bonn Airport (same trains connections as from Frankfurt, about one hour) and the Weeze Airport (served by Ryan Air) which is about 40 kilometers from the conference venue (bus, shuttle and taxi services, check airport website www.airport-weeze.de in advance to plan your transportation)

Duisburg main station is served by all train categories (express and high-speed trains IC and ICE, regional and local trains) and has frequent connections to all major cities in Germany and Europe (eg to Paris by TALIS via Cologne).